Emerging Contaminants: Should We Be Concerned About Microplastics?

Emerging Contaminants: Should We Be Concerned About Microplastics?

Plastic has become an essential feature of human life. From the bottles we use to the clothing we wear — plastic is everywhere.

Since plastic was first introduced in the 1950s, over eight billion metric tons has been produced. With this rate of production, it is almost inevitable that plastic pollution has also become a massive global concern. Improper disposal of plastics and the creation of plastic waste during manufacturing has led to plastics of all shapes and sizes clogging our waterways and polluting the earth.

Further expanding the problem of plastic pollution is the discovery of microplastics, or tiny particles of plastic, that surround us every day. These tiny plastics make up 94 percent of the infamous Great Pacific Garbage Patch and are truly everywhere, including the tap water and bottled water that we drink every day.

When plastic waste enters waterways, it does not degrade as natural materials do. Instead, exposure to the sun’s rays, reaction to oxygen, and degradation from physical elements such as waves and sand cause plastic debris to break down into tiny pieces. These microscopic pieces of plastic are called microplastics.

Microplastics are defined as a particle of plastic that is smaller than five millimetres, or roughly the size of a sesame seed, but they can also be much smaller.  Because plastic is virtually indestructible, microplastics can continue to break down until they are so small that they must be measured on a nanometre scale.

How can microplastics impact our lives?

We are surrounded by microplastics on a daily basis and most of us don’t even realise it.   Many synthetic fibres used in clothing products, bedding or blankets are plastic-based, including polyester, nylon, and acrylic.  In one wash, a fleece jacket can shed up to 250 thousand plastic fibres. These microplastics cannot be removed during wastewater treatment, meaning they can end up in the ocean.

Clothing and other products made of synthetic materials can also shed plastic fibres from friction and movement as you wear or use them. Microfibers from synthetic fabric make up 85 percent of the human-made material found on shorelines, making them the most common microplastic in our oceans. 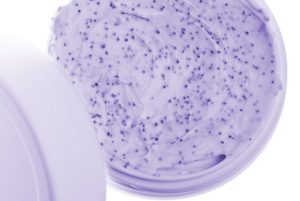 The most popular manufactured microplastic would be microbeads. About one millimetre in diameter, microbeads are composed of polyethylene plastic and were created for use as exfoliants in cosmetics and personal care products. Microbeads were once a popular addition to face wash, face scrub, toothpaste, soap, and many other beauty products.

As consumers use these products, the microbeads were flushed down drains but were not removed by water and waste processing systems before reaching the ocean.

Can microplastics damage my health?

Actually, it’s not yet totally clear just how dangerous microplastics are for living organisms for a variety of reasons. There are many different types of plastics, as well as different chemical additives that may or may not be present. Manufacturing practices for plastics have also changed over time, making it even more difficult for scientists studying microplastics to determine exactly what materials and chemical additives may be present in samples.

The concentration of microplastics that are consumed in water or food can vary, which also impacts their potential effects. Microplastics may be able to pass through our bodies or could break down before they can cause any lasting harm. On the other hand, it is possible that higher concentrations of microplastics could accumulate in the body and cause a variety of adverse health effects.

This research is still very much in its infancy, but this doesn’t mean that we should take a ‘wait and see’ approach.  If we consider the slow rate at which plastic degrades, it is an urgent priority for us to find strategies for reducing the amount of plastic waste we’re producing in the first place.

What actions are being taken to deal with the problem?

Microbeads are already banned in the UK, US and Canada – with similar moves underway in The Netherlands and Italy.

And the UK government has taken further actions after introducing that ban, by pledging £200,000 for scientists at the University of Plymouth which will be used to improve our scientific understanding of how microplastics enter the oceans and what we can do to tackle this in the future.

In conclusion, it’s reassuring to know that the general public has been made aware of a potentially threatening emerging contaminant and that governments across the world are taking an interest in microplastics, but it’s looks like microplastics won’t be disappearing anytime soon.  And evidence shows we won’t have the answers on the dangers of microplastics to human health for another 5-10 years, but by that stage at least another 25 million tons of plastic will have flowed into our seas, which is a very concerning statistic when taken into reflection.